You are here: Home / Blog / Soft and Brined
Soft and Brined
Categories: Cheese, Guide, Tips and Tricks, Wine
Tags: Charcuterie, Cheese, Cheese and Wine Pairing, cold cuts, Event planning, Guide, How to set the table, Party, Seafood, What to serve, Wine, Wine & Cheese
Keep in mind, these tips are from my own experience, I’m not a party organizer nor am I a sommelier or a turophile (a cheese connoisseur). I just love cheese, wine and spending time with my friends.

Brined cheese, also sometimes referred to as pickled cheese is matured in a solution of brine (a high-concentration solution of salt in water) in an airtight or semi-permeable container. This process gives the cheese good stability, inhibiting bacterial growth even in hot countries.

Brined cheeses may be soft or hard, varying in moisture content and in colour and flavour, according to the type of milk used; though all will be rindless, and generally taste clean, salty and acidic when fresh, developing some piquancy when aged, and most will be white.

Brined cheese is the main type of cheese produced and eaten in the Middle East and Mediterranean areas. 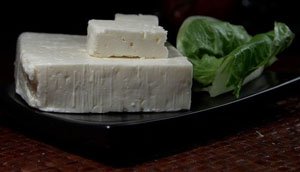 Feta (means slice in Greek) is undoubtedly one of the most famous Greek cheeses and is thought to be one of the first cheeses ever made. Affectionately called ‘the princess of cheeses’. True feta cheese is a brined curd white cheese made from sheep’s milk or from a mixture of sheep and goat’s milk (the latter should not exceed 30%), but and in more recent times you can find “feta-style” cheeses — most of which are produced outside of Greece – made from cow’s milk in many stores.

Its maximum moisture is 56%, its minimum fat content in dry matter is 43%, and its pH usually ranges from 4.4 to 4.6. Feta is traditionally categorized into firm and soft varieties. The firm variety is tangier and considered higher in quality. The soft variety is almost soft enough to be spreadable, mostly used in pies and sold at a cheaper price.

According to the relevant EU legislation, only those cheeses produced in a traditional way in particular areas of Greece, which are made from sheep’s milk, or from a mixture of sheep’s and up to 30% of goat’s milk from the same area, can be called feta. However, similar white, brined cheeses (often called “white cheese” in various languages) are made traditionally in the Eastern Mediterranean and around the Black Sea and more recently elsewhere, often partly or wholly of cow’s milk, and they are sometimes also called feta. Feta is made in many other countries (such as France, Romania, Israel) and each style has its own unique characteristics.

Feta is made in large square or triangle-shaped molds and preserved in wooden barrels or tin containers filled with brine in order to keep the cheese fresh and to preserve its acidity. Upon maturation of 2 months, feta is sold in blocks submerged in the brine.

Feta is Greece’s favourite cheese, accounting for more than two-thirds of the country’s cheese consumption.

Feta is a soft brined white cheese with small or no holes, a compact touch, few cuts, and no skin. It is usually formed into large blocks, which are submerged in brine. It is a crumbly aged cheese with a slightly grainy texture.

This white, rindless cheese contains 7% salt, making it one of the saltiest cheeses. The flavour of feta can be described as very intense and fresh.

Slicing feta produces some amount of trímma, “crumble”, which is also used for pies (not being saleable, trímma is usually given away for free upon request).

Brine-cured feta is tangy and assertive in its saltiness, ranging from mild to sharp. It should have a foundation of creamy and nutty flavours to back up its salt.

High-quality feta should have a creamy texture when sampled, and aromas of ewe’s milk, butter, and yogourt. In the mouth it is tangy, slightly salty, and mildly sour, with a spicy finish that recalls pepper and ginger, as well as a hint of sweetness.

The firmness, texture and flavour differ from region to region, but in general, cheese from Macedonia and Thrace is mild, softer and creamier, less salty with fewer holes. Feta made in Thessaly and Central Greece has a more intense, robust flavour. Peloponnese feta is dryer in texture, full flavoured and more open. Local environment, animal breeds, cultures all have an impact on the texture, flavour and aroma of feta.

On the whole, Feta is a pickled curd cheese that has a salty and tangy taste enhanced by the brine solution. The texture depends on the age which can be extremely creamy, or crumbly dry.

Although it’s most commonly consumed as it is, Feta is used as a table cheese, It is often served on cheese platters, sliced very thinly, or crumbled over salads (e.g. the Greek salad horiatiki), pizza, pastas, vegetable dishes and pastries. Most notable is its use in the popular phyllo-based dishes spanakopita (“spinach pie”) and tyropita (“cheese pie”), or served with some olive oil or olives and sprinkled with aromatic herbs such as oregano. It can also be served cooked or grilled, as part of a sandwich, in omelettes, or as a salty alternative to other cheeses in a variety of dishes. Feta is a very versatile cheese that can be tossed in warm pasta, added to appetizers.

It tastes delicious with olive oil, roasted red peppers, nuts and Avocado toast. If required, it can be washed under water to remove the extra saltiness.

It can be also served with traditional Greek dishes such as:

If you want a bright red wine that will match feta’s saltiness. Beaujolais (or a light Greek wine) is the answer.

If you don’t have feta cheese you can substitute:

Although feta cheese isn’t predominantly a goat cheese, some goat cheeses can be similar in appearance or texture to feta. For instance, Bryndza, a sheep or goat cheese common in Russia and Slovakia, is similar in taste and consistency. Some recipes recommend goat cheese as an alternative to feta cheese for cooks who can’t lay their hands on the real thing.

Note: I get really excited about cheese and wine, so it’s difficult for me to be brief when there is so much wonderful information to share!

Hungry for more? A new post and/or recipe every Friday!

Once you make my recipes, I would love to see your creations, so please let me know! Leave a comment below, take a photo and tag it on your preferred Social Media with hashtag #Fast2eat.

All text and photographs on Fast2eat are copyright protected. You are welcome to share my recipes and photos through social media as long as you prominently link back to the original post. You do not need to ask my permission to link to content published here but you DO need my permission to publish my recipes and photos. Please do not use any material from this site without obtaining prior permission. If you’d like to post this recipe on your site, please link back to this post. And remember, when you adapt my recipe please acknowledge the source with “adapted from…” designating the source with the link of my recipe.

Thanks for reading and sharing.

Got a question and/or feedback?
Please leave a public comment here. That way, other readers will be able to see the answers to your question and/or will benefit from your feedback.
Scroll down and you will find the comment form. Comments are checked on a near-daily basis Monday through Friday and answered as soon as possible.
Please don’t email me with recipe questions or feedback. I can’t keep up with them! I look forward to hearing from you in the comments.